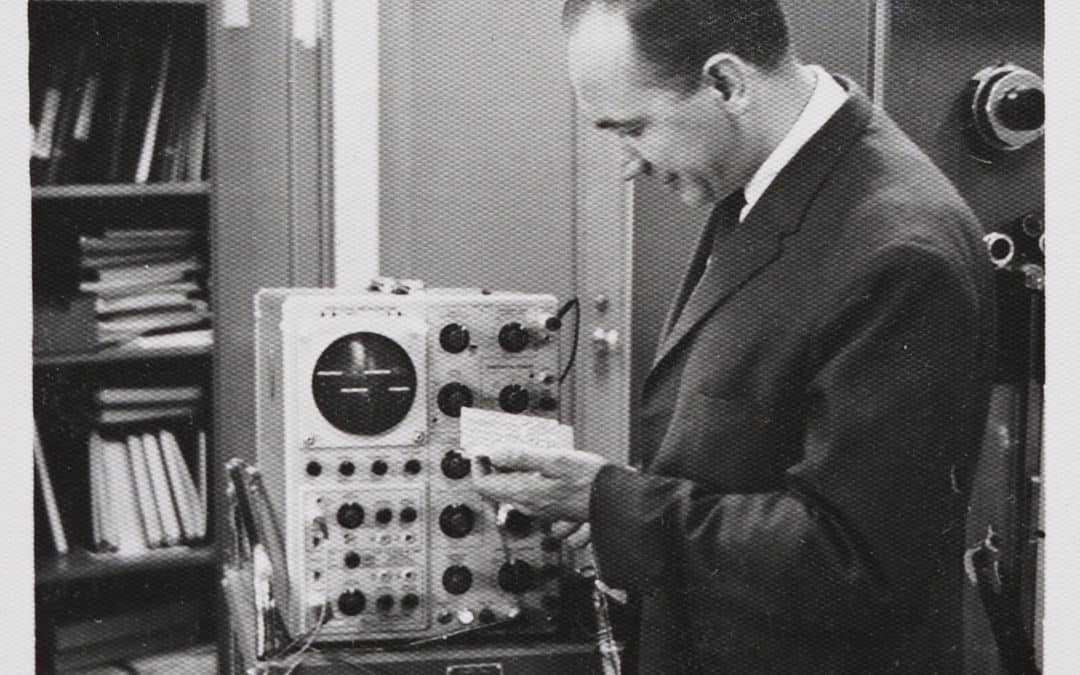 I know what you are thinking. This is not what you signed up for. It was supposed to be one short blog post on weekdays, nothing on weekends, and here comes Huba abusing the system and stacking on top of it.

Well, no, but I apologize if this is not your cup of tea. Every once in a while, “I reserve the right” to create one Blog post on the weekend. I promise I am NOT going to do it every weekend, and I will try to focus on something more personal, outside of the realm of work.

So here we go, Welcome to the Weekend PPILL #1, Father’s Day Edition!

You know what they say, that “The apple doesn’t fall too far from the tree”, and the gentleman in the picture is my dad. The photograph is from 1962, I wasn’t even born yet, and if I am not mistaken, this may have been quite soon after my parents landed in Dallas. The picture might have been taken at DPA (Data Processing Automation), a company, that without knowing it, would echo through time.

My Dad worked for IBM (Can you tell?), but then, one day, he took an offer from the dark side, and went to work for a younger company (they didn’t call them Startups at that time, as far as I know), whose business model was to buy mostly used IBM systems and rent them to clients. They would paint them in daring orange and would maintain them for the clients. They were the original System36aaS!

Yep, doesn’t quite roll off the tongue. But it goes to show us how cyclical our industry has been. You know, dumb terminals, to PCs, to Client-Server, to Networked PCs, then Thin Clients, and now the Cloud, with virtualized desktops and all. Full circle. Only better.

Well, enough of that, I promised it wouldn’t be on the business side, but hey, we had to talk about my Dad, The Man, and what’s a man without a purpose?

Later, when I was growing up, as for most kids, he became my hero. Of course, he wasn’t perfect, but he would show me how to do the things that he did. Strip wire, solder, troubleshoot, all kinds of stuff. There was the softer side of things: make time for friends, how being honest can do marvels for a good night’s sleep, be kind to others, and respect people to earn their respect.

Dad was truly a self-made man. He left his native Hungary after WWII, crossing the border on foot. He wanted to work in forestry, but that dream never realized, and he got to the American continent, with pretty much nothing. He worked odd jobs, and he managed to teach himself the trade. From there, he worked for Big Blue, stationed close to the oil fields.

As years passed, he taught me the value of learning to make yourself useful, and as any self-taught person, he also taught me how and where to look up stuff. The habit never wore off. In fact, is worse than ever now that we have Google.

He was always renewing himself, and took advance history classes when he was well past his 60s. Never really slowed down.

Happy Father’s Day to all dads, and to the man in the photograph, I Love you dad, wherever you are.